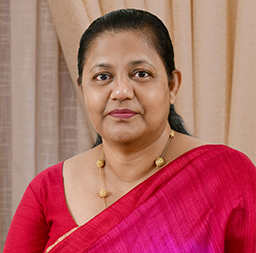 She is looking forward to work for the welfare of serving members of Sri Lanka Navy to uplift their living conditions in and out of Sri Lanka Navy. Also, to help out families of KIA and Civil personal serving for Sri Lanka Navy. She promisers to serve the term as President Seva Vanitha Unit with utmost dedication and commitment